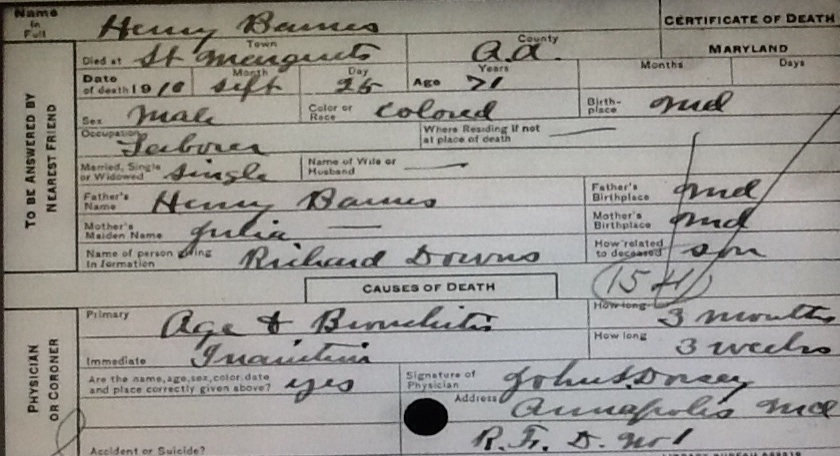 ﻿Asbury Broadneck United Methodist Church and cemetery is located in the Broadneck Peninsula of Anne Arundel county. The church and the African American community has been congregating for 175 years. The cemetery has been in use by the members of the church and community  prior to 1886 , when the first known church was built around 1851.The recorded land record documented  that the original property was purchased in the amount of
$ 60.00.The second church was built in it's current location in 1886.

Some of the earlier congregants of the first church migrated from the Eastern Shore, just east over the Lane Preston Memorial Bridge also know as  The "Bay Bridge" from  Kent Island in  a small community known as " Batts Neck".  The people in the community, many who were former slaves, were meeting secretly and holding services. Without and in  some cases with the knowledge of their  slave holders.

They  had a lot to pray about. They prayed for their freedom and equality. However, church records that were found in 2010, document that the members of the community had been congregating since 1838 and the recording also stated that, no colored people were allowed to hold meetings or bury their dead without the knowledge of the conference. Henry Barnes, Jr. remains are resting in this historic cemetery.
﻿